Apple’s iOS May Have Security Vulnerabilities

Apple’s iOS May Have Security Vulnerabilities 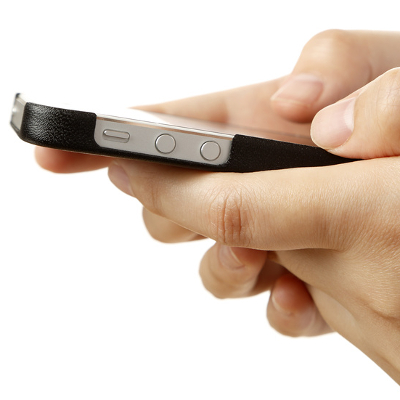 This unnerving discovery was made by Jonathan Zdziarski, a forensic scientist who spoke at the Hackers on Planet Earth (HOPE) conference in New York City. According to Zdziarski, Apple’s untouchable operating system might have hidden backdoors that let certain institutions access personal information. These backdoors are supposed to be used for debugging. Unfortunately the information that has been taken from the devices is of a personal nature, making the debugging story unlikely. It’s also improbable that the information is being used for data backup and recovery, because it cannot be returned to the devices after being extracted in a raw format.

How is all this extracted data being used and for what reason was it taken? Nobody knows. These hidden entries aren’t referenced in any Apple software or documentation, and to make matters worse, these alleged back doors also work around data encryption. This “flaw” is most common in iOS 7.0. Locking your device doesn’t make it safe from this problem. The second you boot up the phone and unlock the system, the data can be accessed and retrieved, even through the lock screen.

Zdziarski says, “Your device is almost always at risk of spilling all its data, even while locked.” He also claims that it’s not outlandish to suggest that third-party forensic software companies also have access to this information. These companies then market your information to law enforcement for a price. It’s been confirmed that as of last month that the Russian software firm Elcomsoft is marketing a tool which allows users to access backup files from an iCloud account, without the account holder’s Apple ID. If that’s not sketchy, we don’t know what is.

iOS 8, which is currently in development, supposedly will provide several improved privacy features which could give Apple the edge they need to outperform the Android mobile OS. However, if these data security problems remain an issue, Apple’s reputation will surely suffer.

This whole situation brings up the question of whether or not Apple is the only company which participates in this shady activity. If these problems aren’t eliminated in future versions of iOS, their support will likely dwindle and the public will continue to favor Android, or the Windows Phone 8.1.

When it comes to purchasing new mobile devices, you want the most secure option for your company’s sensitive files. Quikteks can help you find the right technology for your business needs. To keep your business safe from external threats, contact Quikteks at (973) 882-4644. We’ll equip your company with a security solution that’s right for you.

What are your thoughts on the potential backdoor threats? Are you an Apple user, and does this change your opinion on anything? Let us know in the comments.