Microsoft Rises to the Surface

Microsoft Rises to the Surface 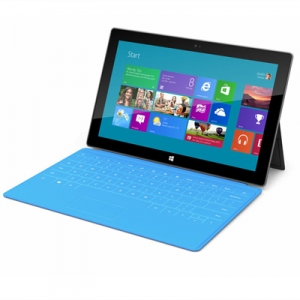 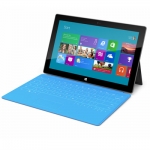 June 18 marked a banner day for Microsoft as they unveiled their long-awaited tablet ‘Surface’. Microsoft is hoping that the productive compatibility of Surface will make successful bid to unseat Apple’s iPad as long reigning tablet-supreme.

Described by media sources as ‘a tablet on the outside with a fully loaded Windows PC on the inside’, Surface is a competitor – not just to Apple’s iPad – but also PC manufacturers who rely on the limitations of tablets to ensure the continued sales of Laptops and Desktop. Microsoft’s success (or lack) of Surface tablets will likely affect Microsoft’s relationship with the PC Industry, to what extent remains to be seen.

The Surface tablet hopes to further gain the advantage over the iPad by allowing users to use popular applications, such as Skype video calling service, that are unavailable or limited by the iPad. By using the Windows operating system, Surface will be compatible with PCs, making it desirable to companies as well as consumers. Surface will be available with versions of Microsoft Office and the Adobe Suite, as well as a touch keyboard/cover which has a rigid, full QWERTY keyboard.

Surface will run one of two versions of the Windows operating system, the most popular operating system in the world. Both versions will have a ClearType HD Display screen that is 10.6 inches (diagonally) and come in an aspect ratio of 16:9 – the format utilized for widescreen videos.

The first Surface to be released runs the Windows RT operating system and is tentatively expected to hit shelve this fall. Surface RT is less than 1cm wide and weighs less than 1.5lbs. Configurable in 32GB or 64GB, Surface RT will have Office Home and Student 2013 RT.

The second version of Surface is expected to be released at least three months after the Surface RT, which puts the release date in late 2012 or early 2013. The tablet runs on the anxiously awaited Windows 8 operating system customized to the requirements of a tablet called Windows 8 Pro. Surface Pro weighs in at approximately 2lbs and is approximately 1.35cm wide. Bulkier than the RT, Surface Pro has configurations of 64GB or 124GB and the slightly more advanced ClearType Full HD Display.

Surface originally was introduced by Microsoft in 2007 as a ‘tabletop touchscreen’ where the display was a touchscreen literally imbedded into the surface of a table or desk. The 2007 version was considered to be cutting edge with 3-GHz Pentium 4 CPU, 2GB of RAM, and a rear-projection system produces a 30-inch-diagonal, 4:3-aspect-ratio image at a resolution of 1024 by 768 at 60 Hz.

Microsoft has had mixed success with other hardware releases. The Xbox, a game console manufactured by Microsoft, has met with international success. Other Microsoft hardware, namely the music player called ‘Zune’ and the ‘Kin’ line of phones, had little success with consumers and were ultimately discontinued.

Judging by overnight stock activity, Surface created some consumer confidence as Microsoft opened an overnight gain of 1.15% and continued to rise as Wall Street headed toward midday on June 19th – the day after the release of Surface.

Will Microsoft’s jump into the tablet market change the way businesses view mobile computing, or do we even need a Windows OS on a tablet to make it productive? We’ll likely have our answer this fall.