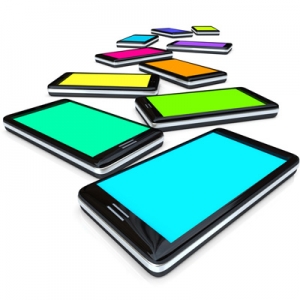 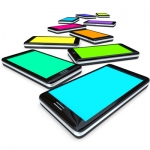 The consumer electronics market is inundated with countless mobile devices with flashy interfaces, sleek profiles, and names that are more ridiculous than most car makes. Understandably, it’s hard to keep up and when picking out a smartphone for yourself or your business, the demos at the store don’t give you much of an insight.  Here’s an extensive cheat sheet on what to look for when making a new smartphone purchase.

Forget about the brands, specs, and screen resolutions for now. Let’s first look at the software installed on the phone. This will make a big difference with what kinds of capabilities and compatibility your phone will have with your business.

Like many other Apple products, iOS changed the game for smartphones, evolving them from sluggish, unattractive masses of plastic to sleek, responsive powerhouses. With that said, iOS wasn’t adopted by businesses quickly – it’s a great smartphone OS but until the latest iteration, iOS 5, it hasn’t really been geared for businesses.

The iOS 5 operating system includes a virtual digital assistant (named Siri) that can schedule appointments, check your mail messages, and send texts through intuitive voice controls. Some regard this feature as a novelty, while others are empowered to ask their phone to remind them about their 3pm meeting.

Apple also has a cloud service that lets you sync documents and files between multiple iOS and Mac OSX devices. This is great for businesses who use Apple devices already, however traditional Windows-powered businesses won’t gain much from this.

In short, iOS phones are easy to use, have a huge library of third party apps, and some light business capabilities along side features that are both useful and fun.

The Android OS has many features geared towards businesses, as well as a slick, easy-to-use interface. While it is capable of connecting to Exchange for syncing mail, calendar, and contacts, Android also has a very nice Gmail interface as well, and supports imap for other mail solutions on top of that.

While Apple’s iOS has many more third party apps, Google has been growing their Play Store (their freshly named app marketplace) and a wide range of productivity apps and tools are available from file syncing services like Box.com and Dropbox to Microsoft Office tools.

In short, Ice Cream Sandwich is a very flexible, capable OS that is designed for both work and play and offers superb business communications and social capabilities. With so many different phone models these capabilities depend on the quality of the hardware.

Microsoft has always been known for understanding what businesses need and the current Windows Phone OS Mango is no exception. With access to feature-rich mobile versions of the Microsoft Office suite and a metro-style interface that displays pertinent information about messages and emails, Mango is pushing very hard to be the premier choice for businesses.

However, Microsoft has had a bit of a problem getting their smartphone OS to break through a market dominated by Apple and Google, so there are fewer third party apps available and fewer phone models. Mango has great email syncing capabilities and plays very well with Exchange, and you can save and share Microsoft Office files on your Windows Live SkyDrive and access them from anywhere.

In short, Microsoft’s Windows phone is certainly business-friendly and offers a lot of productive options, but with a smaller slice of the market, fewer apps and high-end phones are available.

Once you select a phone OS, you’ll want to be aware of a few technical specs that will matter. There are a lot of smartphones with various levels of functionality, and sometimes the more budget phones are just that; budget phones. Business users want something fast and capable of handling the apps that need to be used each day, so if the price looks too good to be true, you might be getting a device that’s better suited as a paperweight with a monthly contract.

Most carriers are pushing 4G as the latest and greatest thing, but what is it? 4G is a faster wireless data connection. Web surfing, file transfers, and streaming remote desktop connects and video is much more seamless compared to traditional 3G networks. Check with your carrier to see their coverage map. 4G phones don’t require 4G networks (they work just fine on 3G, just with slower download speeds) so don’t let that stop you from picking out an otherwise ideal smartphone.

Today, smartphones are processing powerhouses, and you’ll want them to be. If you are looking at Android or Windows-based phones, you’ll want at least a 1 ghz processor, and check for dual-core CPUs for even better battery life and speed. We’re also beginning to see the first few quad-core processors hit phones which improve performance and battery life even more, but those will be a bit more expensive.

Some phones have built-in storage (usually in options like 16, 32, and 64 gigabytes) while other phones depend on micro SD cards and have a smaller built-in capacity. Having the ability to expand your storage is a great feature but if the phone has a lot of storage it isn’t necessary.

Many smartphones offer HDMI ports so you can connect them to projectors and HD TVs. This is great for presentations or streaming video content. Newer phones may opt out of the traditional HDMI port and instead have a Mobile High Def Link (MHL) port. This port connects to projectors and HDMI-capable televisions and monitors but also charges the phone at the same time.

Science fiction predicted that in the year 2000 we would have flying cars and video phones. We are still waiting on the flying car, but at long last smartphones make video conferencing a reality with front-facing cameras. These cameras are usually standard definition, but that’s perfect for smooth video conferencing. You might not think this is a big deal, but if you conduct meetings over the web, being able to transmit your mug makes things that much more personal. Of course, most smartphones have somewhat-decent cameras on the back as well – some better than others. The iPhone 4s rear-facing camera is especially fast and produces good images, and some of the most recent Android phones are catching up to it as well.

If you are coming from a traditional cell phone (you know, the kind that doesn’t let you stream Netflix movies and play Angry Birds) you will notice that the battery life on smartphones deplete substantially faster. Expect to plug in your smartphone every night, or every other night if you are lucky, but this is rare. Remember that the estimated battery life posted on phone advertisements is a little bias – you are better off shaving a few hours from that. Check online reviews; if there is a major lack of battery capacity you’ll be quick to find out.

There are plenty of other specifications and features various phone models will have, such as screen resolution, physical keyboards, kickstands, improved audio processing, and more. These are all extra gravy piled on top of already capable devices that may make them more attractive depending on what you want. With huge competition, smartphone price points are fairly straight forward (most phone resellers practically lay out their phones in a tiered fashion with $50, $99, and $199 phones with two year contracts).

There is a lot to consider, but if you are looking to implement the latest in mobility for yourself and your business, getting it right the first time will save you a lot of hardship in the long run. Need some help mobilizing your workforce? Contact us at PHONENUMBER to go over your needs. Quikteks can match you with the mobile solution that will match your business’s demands.