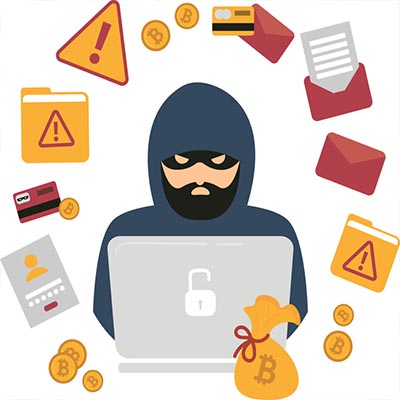 How Much is 65 Bitcoins?

One Florida city is finding that out after getting hit with a ransomware virus which paralyzed its government so much that the city’s leaders agreed to pay the scammers hundreds of thousands of dollars.

Recently, an employee of the small city of Riviera Beach innocently clicked on a malicious file. It uploaded ransomware which hijacked large portions of their municipal computing infrastructure. Hackers then demanded 65 bitcoins to release the data.

The City Council decided that updating their computers would solve the problem and approved nearly $1 million in spending. Unfortunately, new hardware wasn’t going to get their data back.

Ransomware Has Us Over a Barrel

There was no way around the hackers’ demands: pay 65 Bitcoin, and the files will be decrypted. Since both the city email system and its 911 dispatchers were offline, the city council paid up.

Ransomware victims Atlanta, GA, Newark, NJ, and Sarasota, FL all refused to pay ransoms and got hit with huge recovery costs. The FBI, Homeland Security, and the U.S. Secret Service are currently working on the case.

What Should Ransomware Victims Do?

We advise ransomware victims not to pay the ransom since it incentivizes cybercrime. There’s also no guarantee that hackers will actually decrypt the files once the ransom has been paid. Unfortunately, if you need the data badly enough, you’ll probably risk it.

Ransomware is a major developing problem for municipalities, businesses, and individuals. Want to know more about ransomware? Subscribe to our blog, or call us at (973) 882-4644.