Android OS on your Wrist?

Android OS on your Wrist? 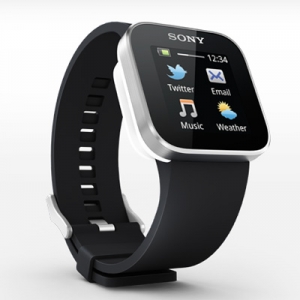 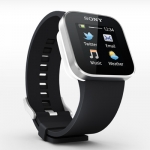 Techies get pretty excited over neat new gadgets and integrating them into day-to-day life, so when we heard about Sony’s new SmartWatch, it caught our attention. Will smart watches become the next thing in the not-so-distant future or will they become flops like New Coke and Betamax?

The Sony SmartWatch is a $150 Android-powered wristwatch that links up with your Android smartphone. The 1.42 inch wide touchscreen displays message and email notifications, calendar events, weather, and some other data from your phone.

Some simple applications allow you to use it as a simple caller-ID and send canned text messages. It doesn’t replace your cell phone, so think of it as a notification center for your smartphone. For a techy watch, it’s pretty compact (does anyone remember the bulky Timex Datalink watches from a decade or so ago?) and fairly attractive.

While the functionality is neat, it’s saving you from having to take your phone out of your pocket to check your messages and get email notifications. Most people won’t find value in the watch beyond novelty and geekiness. Still, it’s an Android-powered touchscreen watch, where do I sign up?

The SmartWatch lets you cycle through various apps such as text messages, calendar, Facebook, Twitter, a music player, weather, and others, as well as clock face displays (that’s right, it even tells time!). All of the data is pulled from your phone; the watch doesn’t do any heavy lifting, it’s connected at all times to your phone via bluetooth. Battery life is a little concerning; Sony claims the watch gets 4 day on its rechargeable battery but some reviews reported the battery not outlasting their smartphone’s.

The Sony SmartWatch is available now from Sony. Will it catch on? Does the idea of having a mini-notification center on your wrist appeal to you?

What features would you like to see in your futuristic smartwatch? Let us know in the comments!