How To Put Data Into Perspective

How To Put Data Into Perspective 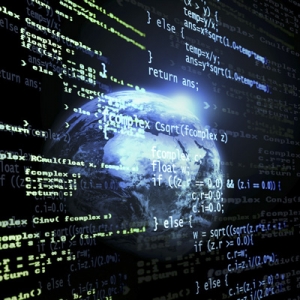 We deal with digital data each and every day, and most of the time it goes unrecognized. Here’s a few neat facts to help shed some perspective into our digital lifestyles.

Most people are aware that data is simply 1s and 0s, but what exactly does that mean? That means all data is stored, transmitted, and processed in binary – when you get right down to the very basic of all data, it’s either a 1 or a 0, on or off. This is called a bit, and it is the fundamentally smallest measurement of data. It is so small that it takes 8 bits to form a single character. This paragraph alone contains 3,480 bits.

That is, of course, if we were saving that paragraph as plain text, and not in a Word document or as HTML (as it is now), both which contain their own markup language that adds some invisible data that controls formatting.

What does that mean? Essentially that paragraph requires 3,480 1s and 0s to be recorded to the magnetic medium of a hard drive.

A Byte is 8 bits, so a byte consists of a single character. A text message allows 160 bytes to be transmitted (although that’s because there is usually 160 bytes of extra space in data packets that are constantly being sent back and forth between your cell phone and the tower at all times).

It takes 1,024 bytes to become a kilobyte. A good joke can typically take up about 1 kilobyte, and 10 kilobytes is a written page. Way back in the day data used to be stored on punch cards instead of on magnetic tapes and hard drives. To store 500 kilobytes of data, it would take one case of these index-card-sized punch cards. A case contains 10,000 cards. That’s about enough to store the image you are using as your desktop background, if you are lucky, though you might need an extra case or two of punch cards depending on how large the image is.

1,024 kilobytes is a megabyte. That’s enough data to store a small novel or a decently moderate resolution image. Depending on the quality of the audio, you can usually squeeze two or three minutes of music into about 1 megabyte, but higher quality audio will consist of more data. A standard CD-ROM contains about 700 megabytes of data. That’s usually about 80 minutes of CD-quality music or several hours of compressed MP3s. That’s 734,003,200 bytes (although the architecture of a CD-ROM works a little differently, especially for audio).

Gigabytes contain 1,024 megabytes. A standard definition movie can be compressed into about 1 gigabyte, as DVD video runs at about 9.8 megabytes per second. If you were trying to watch a DVD film using the old 3.5 inch floppy disk technology, you would need to replace the disk more than 6 times per second.

Cluster 1,024 gigabytes together and you have a terabyte. Hard drives these days are cost-effectively available in 1, 2, and 3 TB sizes. A single terabyte can store the same amount of text as the paper made from 50,000 trees. The US Library of Congress has about 250 terabytes of data.

Now things start getting huge – 1,024 terabytes is a petabyte. 20 petabytes is the amount of digital storage space manufactured in 1995 in the form of hard drives. 200 petabytes is estimated to be all printed material. Next up is the exabyte, which is 1,024 petabytes. Just 5 exabytes can contain a written log of every word ever spoken by human beings to this point in time.

Finally, 1,024 exabytes makes a zettabyte, It estimated that in 2008, all collective internet traffic reached 5 zettabytes (that means in 2008, the amount the global usage of the internet per second equaled the worldwide internet usage of 1993). With the enormous popularity of cloud and streaming services like Netflix, Hulu, and YouTube, that number is likely significantly higher.

Our world is ran on data.  It’s exponentially more cost effective to store information digitally than on paper and even easier to share, transmit, and collaborate thanks to today’s technology.  Looking to digitize your company and go paper free?  Contact us at PHONENUMBER to talk about solutions that would work for you!