The Top Two Tablets On the Market Today

The Top Two Tablets On the Market Today 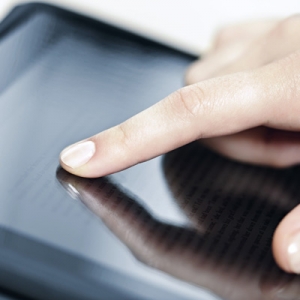 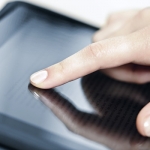 Over the past couple years we’ve seen a huge shift in the reliability and functionality of the tablet PC. What was once was a struggling market of just a few overpriced, bulky, devices that were neither practical nor stylish has become the next big consumer product. Tablets have been making it into the business world, supplementing smartphones as a new addition to mobile arsenals. We’re going to highlight the best two tablets on the market that you can buy right now.

What caused the tablet explosion? For a long time, tablets were only used in very specific professions, such as by doctors and other medical fields. They had very specific uses and plenty of weaknesses. It was going to take some real innovation to give tablets a spot in the consumer electronics market. That’s where Apple comes in, and where our first contender hails:

The original iPad took most of the issues with the tablet PC market and turned them around. Sleek hardware, a slick, responsive interface, and of course, access to the already booming iTunes App Store turned out to be a recipe for a class of device that until that point wasn’t seeing much light.

The iPad 2 raised the bar even higher with drastically better performance, a front and rear-facing camera for video conferencing, and a few additional software features. For a while, the iPad 2 had been the gold standard for tablets. With last week’s release of the iPad 3, with an even better (read: amazing) screen, a better rear camera and even more computing power, the latest iPad is a powerful contender. However, it might be a little hard to get your hands on one for a while as demand is up, and the iPad 2 boasts a slightly more attractive price point, making it still a viable option for some users.

The iPad excels when it comes to compatibility and support. Being the longest running champion of tablets means plenty of accessories and apps have been developed specifically for the iPad. The Apps store is has a massive selection of applications for both work and play that take advantage of the iPad’s hardware.

Fresh off the conveyor belt, the iPad 3 is sure to become the new standard for tablet manufacturers, but iOS isn’t for everybody. What about users who prefer Google’s Android OS?

Looking at the Asus Transformer Prime, you might think it was directly inspired by the iPad. That’s not far from the case – but the big difference here is that the Prime is an Android tablet. Those familiar with the Android OS may prefer it over Apple’s IOS and if that’s the case, this is the tablet you’ve been waiting for.

It’s clear Asus put a lot of time into the Prime to make it a worthy contender to the iPad, with a gorgeous screen, sleek design, and plenty of horsepower. In fact, the Transformer Prime is one of the first tablets on the market with a quad core processor that makes it lightning fast and allows it to handle more resource-heavy applications with ease.  The Android Market has been growing steadily with application solutions, although it hasn’t quite caught up to that of Apple’s.

Most interesting about the Transformer Prime is that it has it’s own proprietary keyboard dock (sold separately for about $150) that almost doubles the battery life and gives you a full-fledged netbook experience for when you need to type. Even with the keyboard docked, the Prime folds up nicely and is still very thin and portable.

The Prime has been known to suffer with a few issues concerning the GPS and Wi-Fi performance, causing Asus to take GPS off the feature list altogether, but for some users the GPS isn’t an issue. Asus has been pretty quick to resolve the issue with users with defective devices.

The Transformer Prime is the perfect tablet for Android lovers, but just like the iPad, we’re sure to see a whole slew of new Android tablets hit shelves this year that could even rival the Prime.

It really comes down to which platform you like better.  Those who love the iPhone will most likely prefer the iPad while Android phone users will probably be devoted to the Transformer Prime.  Both devices really stand up well against each other as great tablet solutions for both work and entertainment.  Looking to mobilize your workforce or equip yourself with the tools to be productive on the road? Give Quikteks a call at PHONENUMBER to talk about solutions to mobilize your workplace.