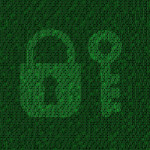 When the Internet was first established, malware and hacking were in their infancy, and not as much of an immediate problem as they are today. Thanks to this fact, the Internet wasn’t really created with a certain security design in mind, and has instead adapted to shifts in its environment. Unfortunately, as hackers grow more powerful, several of these patchwork protocols are growing outdated.

While some of these protocols have been fixed routinely over the years, it’s only growing more evident that these will require a more powerful fix sooner or later. According to InfoWorld, here are some of the more important protocols which are growing outdated with each passing year.

Border Gateway Protocol (BGP)
BGP is one of the more prominent protocols used in the modern technology world. Internet routers use this to exchange information over networks. Since it’s been around since the beginning days of online computing, it’s necessary to proper online function. However, it hasn’t evolved to change with the times, and is vulnerable to being exploited for malicious activity. This type of attack happens when a hacker forces the device to route the network traffic elsewhere (for example, a malicious website). These types of attacks have happened in the past, and will continue to appear until a more effective protocol is found.

Simple Mail Transfer Protocol (SMTP)
The modern business also relies on email, which is reliant upon a protocol called SMTP. At the time the Internet was created, it was the easiest way to transfer mail via the web. As previously mentioned, SMTP was created before the Internet exploded with threats, so it’s only natural that vulnerabilities to new and more dangerous hacks would arise. While various fixes are available, it’s ultimately up to the network administrator to ensure that SMTP is as secure as it’s supposed to be.

Domain Name System (DNS)
The same protocol that breathes life into your website is also fundamentally flawed, thanks to the efforts of hackers all over the world. DNS is what’s responsible for taking your website’s IP address and connecting it to your domain name. For example, by exploiting a vulnerability in the way DNS functions, the Iranian Cyber Army managed to redirect Twitter’s traffic to an entirely different domain hosting a defacement page. While multiple attempts to fix this issue with DNS have been made in the past, some can affect the performance of the DNS server itself; as such, a fix is still in the works.

Secure Sockets Layer (SSL)
You might recognize this one, especially if your site utilizes a security certificate. SSL was an encryption protocol designed to keep data transfer private both to and from the network. The problem here lies in the fact that SSL hasn’t received an upgrade since 1996, and in light of the recent vulnerability found during the POODLE attacks last year, the world’s most popular browsers (Google Chrome, Mozilla FireFox) are thinking of scrapping SSL altogether. Unlike these other protocols, SSL already has a replacement: Transport Layer Security, or TLS. This means that SSL support is on its last leg, as it should be.

While the integrity of the Internet itself can seem questionable at times (especially considering the state of its protocol), your company’s own security standards don’t have to be. Quikteks offers managed IT services designed to prevent and protect your business from threats which might target your business’s data infrastructure. Our Unified Threat Management solution (UTM) comes complete with a firewall, antivirus, spam-blocking, and web filtering solutions to keep dangerous entities away from your network. For more information about our UTM or other managed IT services, give us a call at (973)882-4644.