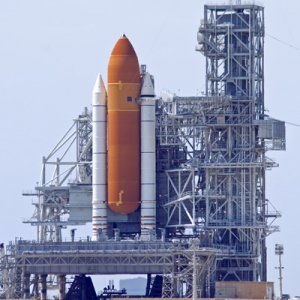 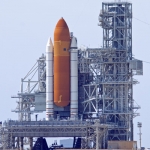 We’ve been blogging a bit about ways to prepare for laptop theft laptop theft and what to do if a company laptop is actually stolen. Laptop and mobile device theft is a widespread issue for businesses and can lead to data theft which can be extremely costly; much more than the mere price of the hardware. This issue is all too familiar with NASA, which admits that thousands of mobile device theft incidents have occurred over the past few years.

One of these instances involved the theft of an unencrypted laptop that was stolen that contained command codes used to control the International Space Station. It doesn’t take a rocket scientist (apologies for the pun) to understand that this is a big deal.

A CNET article reports “During 2010 and 2011, NASA experienced 5,408 computer security incidents that resulted in unauthorized access to systems or the installation of unauthorized software, costing the agency an estimated $7 million. “

The Space Agency admits to not taking security precautions such as enforcing employees to encrypt laptops and mobile devices to protect sensitive information from being stolen.

If you are thinking, ‘hey, this is NASA, my small business doesn’t have any sensitive data that would be too dangerous to get out,’ consider this: your customers and prospects wouldn’t be very pleased if their personal information was stolen and sold. Your internal documents, financial records, and other sensitive data certainly doesn’t belong in just anybody’s hands.

IT security is a huge issue not just for big corporations, but for small businesses. In fact, small businesses are often easier targets with lax security. Is your business taking the critical precautions to prevent data theft and protect your network from outside threats?

Give us a call at PHONENUMBER to talk about ways your business should tighten security. It could save your business thousands of dollars in the long run.