3 Ways the Internet of Things will Shape Up

3 Ways the Internet of Things will Shape Up 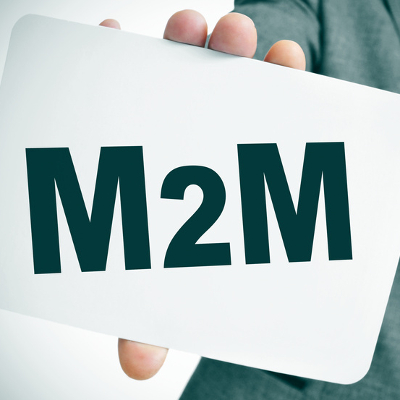 It’s a revolution in the way we use the internet. The Internet of Things (IoT) has changed how we think about devices that connect to the web. But what’s it really all about? It’s been suggested that we need a better definition of what the IoT really is, and that things that many of us think of as IoT devices should probably be excluded from that definition.

What Really Qualifies as an IoT Device?

The devices that most people think about when they think of IoT fall into three principal categories:

Let’s take a look of each of these in turn.

In an age in which data and information is so important, machines need to be able to communicate in order to work. Examples include medical, office-operational and industrial equipment. Machine-to-machine communication, or M2M for short, is all about easy sharing of information between different systems. For example, in the field of medicine, various health information needs to be shared, and with M2M that data can be shared instantly between hospitals or medical units if necessary.

Is M2M really part of the IoT? Some experts say no. In principle, the advent of IoT hasn’t changed M2M, though it has been made more available and affordable. Here’s what Bernie Anger of General Electric had to say about the expansion of M2M technology. It’s a result of:

• Cheaper ODBC (Open Database Connectivity). It used to be much more expensive to have multiple devices linked to the same database. This is no longer the case, even for non-Windows devices.
• Mass scale data processing technologies are now more feasible for cost-effective data collection on a large scale. Cost used to be a major limitation, but it’s no longer a huge barrier.
• Improvements in client user Interface design were facilitated by the coding language HTML5. With changes in the user interface, they are much easier to operate.

‘Smart systems’ have existed for some time, but the technology has not really affected by the IoT. Smart systems are typically used for diagnostics and repairs. An example of this is the use of iPads by engineers, with communication via satellite signal from the field to the home base.

It’s not dissimilar to Bluetooth, except that Bluetooth uses a wireless connection for devices to communicate with each other. Devices manufactured for consumers basically use the same technology, but in a more sophisticated way. It’s like the difference between rebranding and innovation. Using a technology for new purposes doesn’t put it in the same ballpark as the Internet of Things.

The Complexity of the IoT

The internet of things is chaotic and changeable. Volatility is one of its primary features. The various IoT devices are designed for a single function, which means that things become complicated when a host of different devices are involved. Some of the technology can communicate with other systems, but others can’t. Newer devices are connected differently to the ones that preceded them.

Most companies want an environment in which new technology can blossom. Being able to control these devices from a single central location is also important. Google Chromecast, which allows streaming, is an example. In the age of the IoT, tech companies strive to be at the cutting edge of new technologies.

It seems that many so-called IoT devices don’t really qualify for that status. What are the implications for how we understand the Internet of Things? Especially in the earlier stages, it was a group of technologies that don’t marry up well, and which are being used for new purposes. That’s not really what the Internet of Things is all about.

That there are three different groups of devices is something to remember if your company is planning to enter into the new era of mobile technology. What do you think about these developments in technology? Let us know in the comments.