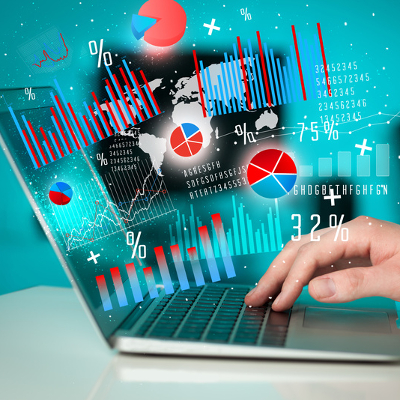 The incorporation of mobile devices into day-to-day life has changed the culture significantly. In fact, when Apple introduced “iPhone” less than a decade ago, Steve Jobs famously said, “It’s like your life in your pocket.” Now, over eight years on from the launch of the first iPhone, it’s hard to remember what life was like before you had a full-function information system in the palm of your hand. We’ve come to rely heavily on these devices, driving mobile profits up and creating a market that didn’t have any substance only a short time ago.

The “Big” Data
In this new age of individualism that is largely fueled by mobility, the average person uses (and creates) an enormous amount of data; well more than the two-to-five gigabytes that you get with your standard data plan. As of May of 2015 global IP traffic has increased 500 percent over the past five years and is at nearly one billion gigabytes per year. This number is expected to increase by 100 percent over the next five years to about 2 zettabytes per year. To put that in perspective, a zettabyte can hold 36,000,000 years of HD video… yes, that’s years.

This shift has all happened in a relatively short period of time, too. The ramifications of such a huge cultural move are still developing. Mobile devices, once looked at as “cool” gadgets, are now the predominant form of computing in the world (having just passed PC computing in worldwide data usage). People that use smartphones don’t just lug it around to make calls, they are constantly accessing the Internet, social media, and other applications. This creates a situation where businesses are building significant revenue streams by mining, packaging, and selling your user data to advertisers and other information-seeking organizations, including governments.

Everything Will Be Connected
The information systems your business uses are able to compute a fair amount of data, and by analyzing the data you collect, you can find out a lot about your business. If you think that is a lot of data to analyze, what will happen when everything you come into contact with is connected to the Internet? The concept of the Internet of Things isn’t a new one. The first network-connected device was a Coca-Cola machine on the campus of Carnegie Mellon University in 1982. The machine could report when beverage containers were empty and it could measure the temperature of imported cans.

According to Gartner, nearly 26 billion separate devices will be on the Internet of Things by 2020. Every device that is connected to the IoT will produce data. Whether it is a refrigerator that can automate grocery delivery or a dog collar that measures the health and activity of your pet, the underlying theme inherent in every Internet-connected device will be that relevant data will be reported for analysis. This data can go a long way to teach humans that many of the preexisting beliefs people have about humanity aren’t necessarily right; producing a world where, unlike the pop culture aspect of modern humanity, facts supersede opinions, and change will be the result of data analysis, not an emotional outcry from the fringes of society.

Where Does This Leave Users?
According to Mckinsey Global Institute, data brokers like Acxiom, fuel an industry worth $300 billion a year by selling off the data they collect. This information can include users’ name, gender, age, ethnicity, and more. In a profile of the company by The New York Times, Acxiom claimed to have information on some 500 million people including, “nearly every U.S. consumer”. Like it or not, information made up of your sociological traits, your search results, your purchasing history, even your browsing history, is being mined for valuable information.

It may be surprising to some that the same analytical methods that are being used to formulate user marketing profiles, are being used to advance high-end technologies like artificial intelligence. In what industry professionals call deep learning, software algorithms are written to have computers perform high-level thought and abstraction. These algorithms can take core data and analyze it through a very specific construct to get a visual representation of the data. Since there is so much data to consider, a graphic representation of the data is provided for analysis to give them a better chance of understanding the aspects of the information that they could find valuable for their company. Since all the answers they are looking for can be found by analyzing this data, there is no doubt that businesses are beginning to be very interested in how to harness and analyze this data.