Is Big Brother Watching You, and Do You Mind?

Is Big Brother Watching You, and Do You Mind? 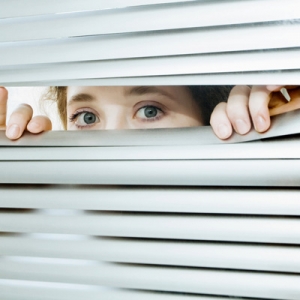 Are you concerned about internet privacy? If not, you probably should be. We can’t live without it these days but it can be a dangerous place. Hackers are out to get your personal information while organizations want your data and metrics. Governments are trying to regulate it all but, in spite of all the issues, the internet still keeps going, and most of the time it serves us well.

What is Everyone Doing on the Internet?

The history of attempts to regulate the internet is a long one. In the US in 2012 two bills – the Stop Internet Piracy Act and the Protect IP Act – caused outrage and led to boycotts and protests. Hawaii also attempted to pass a bill that permitted residents’ internet browsing to be recorded. Opponents were justifiably angry, and concerned about the apparent absence of security protocols and regulation of what the data could be used for.

Other initiatives to track internet activity are also controversial. We’re all now familiar with the way that Google tracks us so as to deliver personalized ads. We’re also all accustomed to cookies being stored on our devices and the annoying procedure required when visiting many websites in order to adjust the cookie settings before we can see what we were looking for.

These cookies do help companies to see how their website is working and assist them in improving their services. They also deliver information that helps them to target their market more effectively. Most of the time most of us aren’t even aware that our metrics and data are being gathered and used. But there’s something a bit creepy about it all and many people are disturbed by the way it’s all turned out. Is it right that Google knows and remembers that you’ve just done a Google search for ‘New Jersey restaurants’? Can we rely on Google abiding by its motto, which is ‘Do no evil’? Can data gathered as a result of our internet activity potentially be harmful in the wrong hands?

With the advent of mobile devices and smartphones we’re all online a whole lot more. But tracking and monitoring doesn’t stop there. It’s almost fifteen years since a GPS company devised a children’s shoe that allowed their movements to be tracked. Then a footwear product by Aetrex was developed for people with Alzheimer’s disease and other types of dementia. The benefits of this for the family and carers of people who might be confused and wander off is clear.

But there are also concerns about the way in which GPS technology has expanded. Another example is the FourSquare app, that records when you visit a new public place and ‘pushes’ it so it’s shared on social media sites like Twitter and Facebook. Again, privacy rights came into focus, along with fears that the GPS technology deployed could be used by stalkers.

GPS technology can be fantastically useful, but it has a downside. On privacy grounds, is it actually okay to be watched by some kind of robot eye in the sky? Some people won’t mind but others regard it as potentially sinister and a sign of creeping surveillance that breaches their right to privacy.

How do you view these privacy issues? Are you happy to lose some at the same time as you reap the multiple benefits of modern technology? Or is it all a bit too ‘Big Brother’ for your liking? Let us know in the comments!