Microsoft Looks to Scratch the Surface

Microsoft Looks to Scratch the Surface 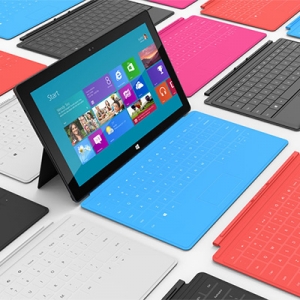 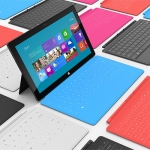 Windows has been on tablets for years. In fact, one of the first prototype tablets, the NCR-produced model 3125 notepad computer ran the Microsoft Windows for Pen Computing software for the Windows 3.1 operating system (OS). Today, 21 years later the software giant has ventured back into the portable-computing hardware arena with the Microsoft Surface Tablet.

If you remember seeing Microsoft linked with the name “Surface” before 2012, you’re not mistaken. Surface was initially the name that Microsoft gave its multi-user touch-screen table-top that has since been rebranded as PixelSense. Samsung currently offers the SUR40 with PixelSense technology.

The first of two Surface tablets was launched on October 26, 2012; the same day as Windows 8. The available version is aimed for the commercial market with the more business-aimed model, MS Surface Pro, due to be rolled out in the first quarter of 2013. The model that is currently available runs the Windows RT version for ARM processors. The upcoming Surface Pro will feature the full version of Windows 8.

The Surface tablets feature a molded magnesium casing that Microsoft calls VaporMg (pronounced “Vapor Mag”). Because of the ability to cast this metal so thin it allows the Surface to weigh in at just under 1.5 lbs without compromising durability. There is a picture on Windows President Stephen Sinofsky’s twitter page that shows the executive riding on a Surface tablet that had been outfitted with trucks and wheels. The Surface RT is 9.3mm thick and features a USB 2.0 port, a MicroSD slot, and a Micro HDMI jack, as well as your standard 3.5mm headphone jack.

The Surface features a 10.6″ touchscreen display with a 16:9 aspect ratio that will allow users to view widescreen media in full screen. It also comes with a built in “kickstand” that allows a user to prop the tablet up on a desk or a table. This comes in handy when using the Surface’s keyboard options (which also serve as a screen cover). The type cover features a dedicated tactile keyboard, while the lighter touch cover uses pressure-sensitive technology to sense keystrokes and gestures. These covers are linked to the device by a magnetic connector at the bottom of the device.

Windows RT comes with Microsoft Office Home and Student 2013 RT Preview. This suite includes Windows 8 versions of Word, Power Point, Excel, and OneNote. The Preview is not the final version of Office for Surface, but all indications point to a downloadable addition to come at a later date. Other than the pre-installed Microsoft Office Suite, Surface will run Windows-specific apps. With the launch of the new Windows Store, MS looks to do what iOS and Google have done with the Apple App Store and Google Play, respectively. Offering a platform where you can purchase and download apps that you can run on Windows 8, Surface, and the upcoming Windows 8 phone is sure to make an invigorated Microsoft a player in the mobile device market going forward.

Microsoft’s creation of the Surface is the first time the software giant has made a move to compete with the original equipment manufacturing (OEM) partners that, until now, produced all the hardware that ran Windows OS. With the Surface tablets, Microsoft aims to lead a charge to capture a larger slice of the tablet market that its biggest rival, Apple, has dominated since the later released the iPad in 2010. As recently as the first quarter of 2012, Apple has had a hold on as much as 70% of the tablet market. Recently, however, iPad sales have slipped to around 57% in the third quarter of 2012, with Google’s Android OS-based tablets capturing 41%. Microsoft currently has a niche 2% of the global tablet market, but with Surface and other tablets offered by their OEM partners, that will be running versions of Windows 8, Microsoft will likely see their market share increase in the fourth quarter of 2012 and into 2013.