How To Prevent Your PC From Dying (4 Ways)

How To Prevent Your PC From Dying (4 Ways) 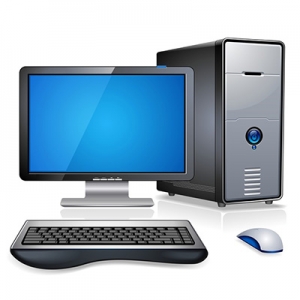 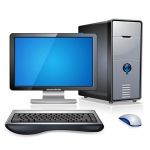 With all this talk about mobile devices like tablets, smartphones, and ultra-portable laptops, you’d begin to think that traditional desktop PCs are going to seem archaic. Depending on your needs, that can be the case, but desktops aren’t going away anytime soon, and for good reason.

This has been the case from the very beginning; desktop PCs are capable of more powerful hardware. Desktops don’t need to worry about electricity consumption the same way portable devices do, and components don’t need to be shrunk down into a tiny lap-sized chassis. This also allows better heat dispersion. All three factors give desktops the flexibility to utilize the most complex, cutting edge components that aren’t designed for mobility (yet). In other words, computer hardware manufacturers build new components, and then work on shrinking those components into mobile sizes. This reason alone will keep the desktop alive – PC gamers, graphic artists, and multimedia buffs will always want high-end desktops.

Of course, you don’t need the newest, cutting edge components to have a blazing-fast PC. You can easily get by with cheaper previous generation components. Remember a decade ago when a desktop PC could cost thousands of dollars? It’s still possible (and easy for some) to spec out a high-end PC with that kind of price tag, but the gain for each dollar spent isn’t worth it unless you have VERY specific needs. Also, comparable hardware for a PC is significantly cheaper than similar laptop hardware. If you don’t need the mobility, you can save a pretty decent chunk of money just by sticking with a desktop.

Desktops are Easier to Fix and Maintain

Let’s share a real-world tech scenario. Replacing a part on a desktop is a pretty simple task for a technician. In fact, with a little hand-holding, anybody could, for the most part, figure it out. Replacing the motherboard on a laptop, however, is an extremely cumbersome process. Depending on the model, it can involve over two dozen screws and a lot of time, and replacement parts aren’t as affordable as they are for desktops. For smartphones and tablets, expect to ship those out to the manufacturer.

It’s true! If you are lugging around a big PC case, a monitor or two, a keyboard, mouse, and power cables, it’s pretty likely you won’t accidently forget it when you realize how light your luggage has become. All joking aside, because your desktop lives a pretty uneventful life without much movement, it doesn’t endure the little bumps, drops, and spills that laptops and other mobile devices take. It’s harder to steal too, so there is a little essence of security knowing your data is locked inside a great big aluminum box tethered to your desk with a web of cables.

Have you moved on from the desktop PC completely, or are you still holding on? Do you even want to go strictly mobile? Let us know in the comments!