Know These 4 Intruders that Threaten your Business

Know These 4 Intruders that Threaten your Business 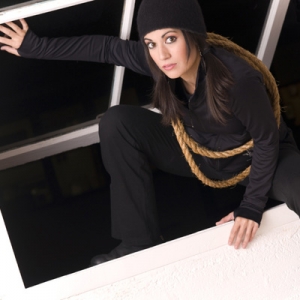 All businesses needs to have a suite of strategies to defend their systems against cyberthreats. A cyberattack on your IT infrastructure can have disastrous consequences, disrupting business continuity and even potential damaging your reputation if confidential client information is compromised. You need to know the basics of the enemies you need to protect yourself against. Let’s take a look at four types of possible intruder you need to know about.

A virus is a piece of malicious code that can be triggered by the computer user. It attaches itself to software on your computer or network and then replicates. It can cause serious problems with your operating system, your files and even the effectiveness of your antivirus software. If your system is sluggish then that is often a telltale sign that a virus is at work.

Viruses are constantly changing, as their creators alter them so that they can evade the technology devised to block them. This means that there is always the potential for infection. Most are designed to target a specific element of your IT system. Here are some of them:

The most common ways in which viruses spread is via email or instant messenger apps, as well as by users downloading files from untrustworthy websites or by clicking on links that take the user to them. Cybercriminals are clever and you can even acquire one by doing something apparently harmless, like closing a pop-up window.

Worms behave in similar ways to viruses, and are also often acquired by downloading from questionable sources. They are commonly spread by email. One way in which they differ from viruses is that they don’t depend on the computer user’s actions to trigger them and don’t need to nest themselves within programs already on the system. This makes them just as malicious and even more dangerous in some ways. They spread easily and quickly when downloaded via a peer-to-peer network and can get into a system through the tiniest gaps in its defenses.

Spyware isn’t just about cybercriminals being able to watch what you’re doing. Its main use is for information theft. Unlike worms and viruses, spyware doesn’t replicate itself and doesn’t alter the way your system performs, so you may have no idea it’s there. Once resident it can collect all sorts of data, including important confidential information such as financial details, credit card numbers and social security numbers. It can tell what keystrokes you’ve used and so can keep tabs on what you’re doing at any time. Companies that lose customer data in this way could find themselves facing legal action. There’s a law in California that requires any business that’s been attacked in this way to inform all their e-commerce customers that their records have been compromised.

The Trojan Horse of Greek myth was a giant wooden horse. The Greeks concealed soldiers inside it and then left. The Trojans took it into Troy as a war trophy. At night, the soldiers got out and opened the city gates to the Greeks, who had returned and were able to conquer the Trojans. Trojan horse malware does something similar. It allows cybercriminals to infiltrate a computer system and steal information. Originally, the Trojan horse code made use of a security gap in older browsers, but the term can refer more generally to any program which contains concealed malicious code.

Do you have a comprehensive antivirus strategy to protect against cybercriminals and malicious attacks? If not, your systems could be at risk. For more information on how Quikteks can help you protect yourself against malware give us a call at (973) 882-4644.