Is the Apple iPhone 5 Built for Business?

Is the Apple iPhone 5 Built for Business? 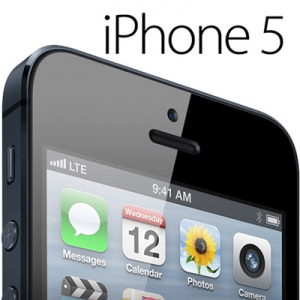 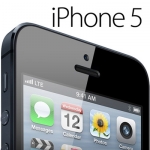 September 21st is the official launch date for Apple’s iPhone 5. In typical Apple hype, they officially released the specs one week before launch, putting an end to wild rumors throughout the technology community. If you are an Apple aficionado, upgrading to the iPhone 5 will be a knee-jerk reaction, but if you find yourself on the fence then check out what’s new.

It’s a No-Brainer Upgrade from the iPhone 4s

The iPhone 5 has some significant upgrades that are very appealing. It is slimmer (-18%), longer (+ half inch), lighter (-20%), and faster (2x) than its predecessors. We will briefly go over these specs and show you how the iPhone 5 holds up in the business world.

New Camera. It is 25% smaller, 8 megapixels, and can shoot 1080p HD video. There is also a new feature that allows for panoramic images.

LTE Network Compatible. AT&T, Sprint, and Verizon will carry the iPhone 5 on their faster LTE networks, increasing downloading and web browsing speeds up to 20 megabits per second on a full 4G connection. There is also an additional radio chip that supports a powerful 56 Hz Wi-Fi signal.

Smaller Dock Connector. Apple reduced the connector by 80%, improved data transfer speeds, and gave it the name Lightning. The downer here is that it is not compatible with previous Apple accessories, but Apple will be releasing an adapter for $29.

IOS 6 Operating System. The new OS has over 200 improvements which includes turn-by-turn navigation and deeper social media integration. The operating system will also be available as an upgrade for previous iPhone models going back to the 3GS.

Big Improvements All Across the Board

The most dramatic advantage the iPhone 5 brings to the workplace is the faster processing power of the A6. More than faster gaming, this also means it can handle bigger chunks of corporate data. A bigger screen will make it easier to read customer profiles or the company dashboard, and the video conferencing app now supports full HD.

The improved battery life will be much appreciated for anyone who is a business trip veteran. Promising 8 hours of talk time and LTE web browsing, this should be enough to make it through the workday on a single charge. Travelers will also dig the new turn by turn directions with new maps made by Apple that can also guide you with photorealistic 3D.

The new IOS 6, with its deep social media integration, should be an attractive feature for any business that utilizes the various social media platforms. The new OS makes it easier to upload pictures, tweets, videos, and any other content you came up with while “thinking differently.” The charming-yet-eerie virtual assistant Siri is now more powerful than ever on the IOS 6, and can upload files to your favorite social media site with a voice command. It is also worth mentioning, that Apple has designed security measures into every level of the IOS 6.

The previous glass backing on the iPhone 4 had an all too common problem of cracking with heavy use, cutting into cost and productivity with downtime for replacement. The new iPhone 5 backing is made of aluminum, a much more durable material for everyday usage.

If everything here does not convince you to stand in line at your nearby Apple store, then keep in mind that the iPhone 4S price is being dropped to $99, and is a solid tool for the workplace that opens up the world of apps designed to make business more convenient. Even better, the iPhone 4 is now free with a two year plan.

Of course, Apple isn’t known for being as in-tune to businesses as it’s competitors. That doesn’t mean the iPhone doesn’t work well for business owners and executives; though there are solutions that tie in deeper with business functionality. For example, the Samsung Galaxy SIII, which is currently available on most major carriers, is a powerhouse of a smartphone that has an extensive list of business-friendly security features and capabilities. Our suggestion? Stick with the platform you like. If you already have an Android smartphone, you’ll likely want to stay on that course. If you have a deep affinity for IOS, continue using iPhones. The iPhone 5 is definitely a huge improvement over the previous generation.

What do you think? Are you sold on the iPhone 5, or have you found another phone can eat the iPhone for breakfast? Share your opinions in the comments! Looking to have a deeper discussion about what mobile platform your business should use? Reach out to us at PHONENUMBER.