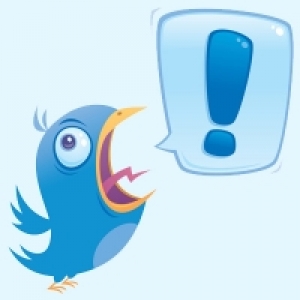 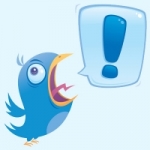 While it may seem difficult to imagine embarrassing oneself in the space of a 140 character message, Twitter has been responsible for the downfall of companies, politicians and entire institutions. No one can deny that Twitter has been a boon for communication, politics and economics, but some people seem determined to prove that one cannot have Twitter without the word “twit.” Here are a number of prominent examples from the recent past which demonstrate how Twitter’s logo can swiftly become the bluebird of unhappiness for some.

A candidate for Labour in north-east Scotland, Maclennen was forced to step down from the running in 2010 after several inflammatory tweets of his were reported in the media. These included referring to elderly constituents as “bloody coffin dodgers”, making jokes about agricultural slavery and unleashing a torrent of four-letter words concerning colleagues and detractors alike. Perhaps most ironically, Maclennen had posted this statement online shortly beforehand:

“Iain Dale [a Conservative blogger] reckons the biggest gaffes will be made by candidates on Twitter –what are the odds that it will be me?”

Back in 2011, former Rep. Weiner was embroiled in a Twitter scandal now known as the infamous “Weinergate”, where several explicit pictures of Weiner were sent to a female 21-year-old college student via Twitter. At first, Weiner tried to deny that he had sent these tweets himself, but over the next several weeks, it was revealed that Weiner had engaged in lewd online behavior with at least six women, including a 17-year-old girl and a former porn actress. His political colleagues were no less forthcoming, with President Obama, Senate Speaker Pelosi and House Speaker Boehner each issuing calls for his resignation within less than a week of each other.

It took less than three weeks for him to ruin his own political career, from May 27th to Weiner’s resignation on June 16th.

Owner of the self-named clothing line, Cole got himself quite a bit of negative press during the deadly Egyptian protests. The tweet that got him in trouble goes as follows:

“Millions are in uproar in #Cairo. Rumor is they heard our new spring collection is now available online at http://bit.ly/KCairo – KC”.

Not only did Cole and his tweet receive a thorough internet bashing, a satirical Twitter account was created called @KennethColePR. While some say there’s no such thing as “bad publicity”, Cole has proven that there are exceptions to the rule.

Though she would go on to become the CEO of Hewlett-Packard, Whitman’s bid for the Governorship of California was undermined due to little more than a typo. When a spokesman tweeted an incorrect link on a Twitter account, what was meant to take supporters to a political endorsement instead directed them to a video of a Japanese, bass-playing cross-dresser known as H.J. Freaks. While this blunder may get Mr./Ms. Freaks discovered, it did absolutely nothing to help Whitman’s campaign.

A social media manager for New Media Strategies, Bartosiewicz provides an excellent example of cutting off your nose to spite your face. Bartosiewicz sent out the following tweet while sitting in traffic on I-696:

“I find it ironic that Detroit is known as the #motorcity, and yet no one here knows how to f$#@& drive.”

While Bartosiewicz claims that he meant to send said tweet through his personal account, it was instead sent through the account of his company’s client, Chrysler Group. In response, Chrysler issued a statement of apology and announced that they would be taking steps to “resolve it.” How it was resolved was the termination of Bartosiewicz and New Media Strategies.

Though this twitter could be explained by naivety, McDonald’s created this hashtag, along with #MeetTheFarmers, to promote its food quality and that of its suppliers. Unfortunately, people used the opportunity to share the kind of stories McDonald’s would like to keep out of the public view. Two notable examples:

@JohnGarretX: So PETA and McDonalds got into it today on Twitter. I was surprised I didn’t know there was actual meat at McDonalds. #McDStories

@Alice_2112: Hospitalized for food poisoning after eating McDonalds in 1989. Never ate there again and became a vegetarian. Should have sued. #McDStories

While #MeetTheFarmers survived relatively unscathed, within an hour of its creation, it was clear that #McDStories was anything but successful. Perhaps McDonalds should have realized the potential for bad press when inviting people to share their stories of the golden arches.

Love is unique as far as these example go because she is, thus far, the only person in the world who has been sued for making disparaging tweets. In 2009, Love posted a rant to Twitter concerning Dawn Simorangkir, a fashion designer. Among other things, Simorangkir was accused of trying to take advantage of Love’s fame, of having a history of criminal assault and other accusations. Simorangkir subsequently sued Love in 2011 for defamation, libel and loss of business.

The courts ruled in favor of Simorangkir, who settled out of court for $430,000 plus lawyers fees.

However, Love is currently being sued by another target of her tweets, Love’s former lawyer Rhonda Holmes, for extremely similar behavior. If Love doesn’t knock off the defamation via Twitter, Courtney Love might find it becoming increasingly expensive..

Back in February of this year, Winfrey attempted to sway voters into watching her cable network by tweeting during the Grammy Awards and pleading with people to watch her OWN network. Her messages prompted an outpouring of public backlash, as well as prompting the Nielsen Company to chastise her and begin an investigation into her actions. The most notable tweets are as follows:

“Every 1 who can please turn to OWN especially if u have a Neilsen* box.”

“Commercial Grammy people..u can turn to OWN.”

As part of the Nielsen system, network are not permitted to specifically target viewers. In a statement reported by the New York Times, spokesman Matt Anchin said “It is Nielsen’s policy to note attempts to single out panel members to either change their viewing habits or otherwise influence or affect their reporting.” Winfrey has since apologized and denied any malicious intent, but Nielsen has marked her network’s ratings for that Sunday to note a “possible biasing effect,” which will impact her already less than stellar network viewing figures.

In the late October of 2011, Australian airline Qantas and its unions had recently broken off negotiations, which led to a grounding of the airline’s entire fleet. Subsequently, this angered thousands of passengers, whose flights were canceled without any prior warning or notice. Bizarrely, Qantas chose the very next day to launch the “Qantas Luxury” competition, which invited Twitter users to describe their “dream luxury in-flight experience,” with the winners receiving a pair of first-class passenger pajamas and toiletries bag. Below are some of the ways customers responded:

According to @antmandan, #qantasluxury means “being stranded on the other side of the world

without warning when you just want to get home to your 10-month-old daughter.”

For @davidheth, #qantasluxury is “sitting on the tarmac for 90mins staring at a full-page SMH ad

claiming ‘We’re back on schedule!’. Then returning to gate.”

And for @Mattatlarge, #quantasluxury is “Waving at stranded Qantas passengers on the way to Air New Zealand check in.

While this is not the first time that Qantas has been under fire for a PR blunder, it is hard to imagine how they thought the timing of their contest was a good idea.

In January of 2011, CVS decided to launch the @CVS_Cares Twitter account in an attempt to provide customer service via social media. Unfortunately, when the account was launched, the tweets were protected, meaning not publicly available, which meant that only those who approved of CVS could follow and reply to their tweets. Whether poor judgment or simply an error during setup, CVS’s blunder demonstrates the need to pay close attention to account settings and the perils of poorly executed ideas.

Social media brings huge opportunities, but without a little common sense, you can hurt your reputation (or your company’s reputation) very quickly. Have an amusing social media story to share? Let us know in the comments!