World’s Third-largest Botnet Brought Down, Global Spam Cut in Half

World’s Third-largest Botnet Brought Down, Global Spam Cut in Half 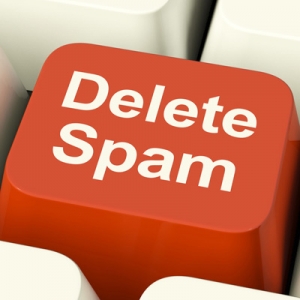 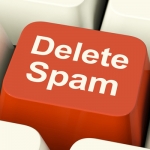 Everyone who uses e-mail has become accustomed to finding the occasional Spam e-mail. No matter how careful you are, it’s only a matter of time before you receive a Viagra testing e-mail, the South African Inheritance Tied Up in Legal Battles, or the Winning of a Sweepstakes that you never signed up for. Where do those e-mails come from?

The majority of Spam and other junk e-mail comes from a botnet. Also known as ‘zombie army,’ a botnet is a group of computers that have had their security compromised, sometimes numbering in hundreds of thousands or more. These computers are linked via the Internet and can be controlled by someone at a remote location. A botnet may have computers in several countries all over the world. Last week, security researchers were able to bring down one of the largest, most notorious botnets in history.

Grum Botnet was the third largest botnet in the world. It accounted for about 35% of Spam email sent globally. FireEye, a private internet security firm based in California, worked with other private security firms and ISPs (internet service providers) around the world to take down the malicious botnet. On Monday, July 16, 2012, the attack on Grum began when they located their servers.

The next day, the servers (that were located in the Netherlands) were taken down by a collaboration between FireEye and Dutch ISPs. A short time later, the remaining Grum servers located in Panama, Russia and the Ukraine were also disabled. Because the malware was written specifically for Grum, when the master servers were disabled, the majority of the computers connected in the botnet were disabled as well. Interestingly, the Grum botnet was brought down without the assistance of any government agencies.

The decrease in Spam traffic was immediately noticeable. Researchers estimate that even though Grum was not responsible for all of the Spam, other botnets will likely go underground in an attempt to avoid recognition, as well as revamp some of their security risks.

It is inevitable that there will be another larger, stronger botnet to replace Grum in the future. But for now, there will be a few less unsolicited emails ads in your inbox.

Even so, spam is a huge time-waster for small businesses and can lead to viruses, malware, and other threats. Contact us at PHONENUMBER if you are looking to eliminate spam from your business.