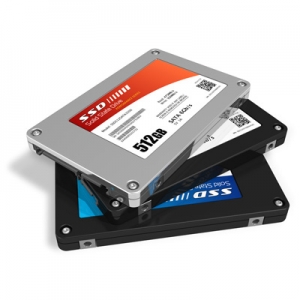 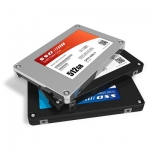 An SSD can operate at about one watt, and handle around 40,000 reads and writes per second. A traditional Hard Drive runs at about 180 read/writes a second at about 15 watts. Using SSDs, you will need fewer drives to get the same amount of work done, using a fraction of the power.

Many are still reluctant to switch to Solid State hardware, preferring to wait for the price per drive to go down even further. Still others argue that SSDs have a reduced lifespan compared to traditional hard drives. While this is true, the traditional HDD has lifespan limitations of its own; with moving parts, shock and vibrations can cause the internal components to break or become misaligned, or as time goes on, the drive just takes progressively longer to write data before they eventually fail. It’s more than likely that a solid state drive will last the life of the device it is put in.

The benefits of using SSD technology however cannot be underestimated. Being resistant to physical shock, they are ideal for laptops and mobile devices. Dramatically less energy demand will save you on your utilities bill in the long run. In the case of storage, one of the most advantageous aspects of SSD technology is the lack of moving parts; no moving parts mean fewer things that can fail.