Android Malware on the Rise

Android Malware on the Rise 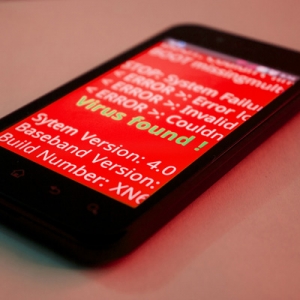 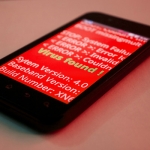 Android users may have some cause for concern. Considering its surging popularity, there is going to be a certain amount of rouge applications and other malware that targets the top iPhone OS. According to the popular anti-virus maker, Trend Micro, there are at least 20,000 applications that are malicious that target Google’s Android OS. That is an increase of at least 400% since the beginning of 2012. By Christmas of this year, experts have given a conservative estimate that puts potential malware and rouge apps at around 150,000 different applications.

Google Play, the Google response to Apple’s iTunes, is a suspected platform for a significant amount of the malicious apps. Google Play offers digital music, movies, apps, games and books. Because of the high volume of Android apps that are downloaded from the trusted Google Play, it’s estimated that some of the rouge applications were downloaded as many as 700,000 times each, before they were removed from Google’s site.

“The growth in Android malware demonstrates sustained and focused criminal interest in the mobile platform and particularly in the Android operating system,” said Rik Ferguson, Trend Micro’s director of security research and communications.

Sophos, another antivirus software company, linked an outbreak of spam associated with Yahoo! Free Mail to Android OS and Google. Google denied this claim; saying that there is no conclusive evidence that Android malware was the source of the spam. While the true origin of the outbreak will likely never be known, there is a chance that Android malware played a role in the problem.

The statistics related to Android’s malicious apps data is more conclusive. While the number of potential malware programs at years end are estimates, the information about current and previous apps and downloads are based on facts.

Android phone and tablet owners shouldn’t fret their gadgets yet, but it is important to be cautious of what you are installing on your device. If it looks suspicious, it probably is. The Google Play marketplace offers editor picks and reviews which can help users identify apps that might be harmful before the service has time to ban them. The best advice? Be mindful of what you download and install on any device, and don’t be afraid to check with a technology specialist first. You can always give us a call at PHONENUMBER to pick our brains!