Windows 8 Users Will No Longer Receive Patches and Security Updates

Windows 8 Users Will No Longer Receive Patches and Security Updates 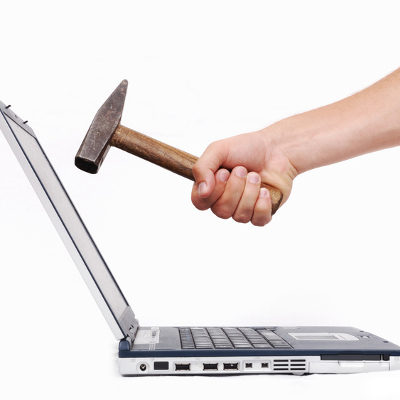 If you’re one of the unfortunate souls still using Windows 8 (as opposed to 8.1) on your business’s workstations, you should consider upgrading, and as soon as possible. Microsoft has cut off support for its infant operating system, so if you want patches, security updates, and just a better overall operating system, upgrading to Windows 8.1 or 10 is an ideal solution to this dilemma.

Earlier this month, on January 12th, 2016, Microsoft cut the cord on both Windows 8 and some older versions of Internet Explorer (IE 8, 9, and 10, to be specific). This means that users who continue to use older versions of Internet Explorer and Windows 8 will no longer receive critical updates. Keep in mind that this doesn’t mean that you can’t continue to use these pieces of software. All it means is that they won’t be supported by Microsoft anymore; sort of like the “use at your own risk” warnings that you might see on certain products.

Windows 8’s end-of-life might come as a shock for users who are familiar with Microsoft’s product support scheduling. For example, Windows 7, which was released over six years ago in 2009, won’t reach its official end of support date until 2020. In comparison, Windows 8 was released in 2012, and only lasted a few solid years.

The reasoning for this decision could come from several possible sources. For one, Windows 8 is simply unpopular. In fact, Windows 8 never was very popular. According to NetworkWorld, a study by NetMarketShare puts Windows 8 global use at around 2.76 percent. Considering how Windows 8.1, which was designed to fix some of the problems that consumers had with Windows 8, is sitting pretty at well over 10 percent, is there really a reason to continue supporting such a disliked operating system? Probably not.

Another big reason that Microsoft cut the cord on Windows 8 so prematurely is because they want users to upgrade to Windows 10, the most recent addition to the Windows family. Users of Windows 7 and onward are probably well aware of this, as the Windows 10 upgrade notifications continue to grow more annoying and invasive. Be sure to consult a trusted technician before making the jump to Windows 10 to make sure your company’s software is compatible.

In general, you should avoid using outdated operating systems, especially those that are now unsupported by Microsoft. When an operating system reaches its end-of-life, it no longer receives any patches or security updates from Microsoft, meaning that it’s only a matter of time before vulnerabilities arise, and exploits are created to leverage them. This means that hackers will have an easy time accessing your sensitive information, making Windows 8’s continued use a liability and a threat.

The only problem with continuous updates to new and improved operating systems and software is that it can be costly and time-consuming, especially for a small or medium-sized business. In fact, upgrading to new operating systems can potentially break your budget and render your applications obsolete. Depending on what solutions your business uses, there could be legacy applications that are incompatible with more recent operating systems. This makes upgrading difficult, especially if you don’t have a technology professional on-hand, ready to assess your network for these oddities.

What you can do, however, is contact QuikTeks at (973) 882-4644. Our experienced technicians can remotely deploy patches and security updates as needed, and we can advise you on how and when you should upgrade to more recent operating systems.