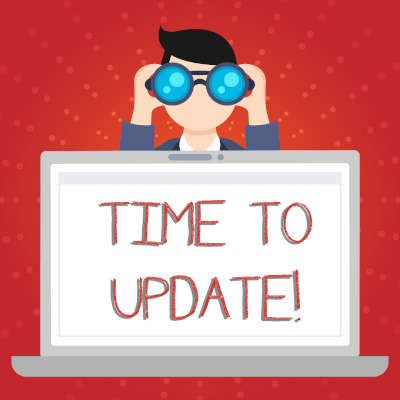 In January 2020 Windows 7 reached its end-of-life (EOL) date and is no longer supported by Microsoft. However, millions of people are still using PCs running this outdated system. And, since support ended, some bugs have been found. Let’s look at the issues and the choices Windows 7 users have now.

What are the bugs?

Not long after support for Windows 7 ended, reports of bugs in the software began to emerge. One was in the “Stretch” wallpaper option. This was a problem that was sent out in Microsoft’s last Windows 7 update before end-of-life kicked in. Although Microsoft was initially only prepared to deal with problems for companies paying for post EOL extended support, they did in fact release a fix on 7 February 2020, although official support had already ended in January. Microsoft knows that many businesses and their livelihoods still depend on legacy software, so they are making judgement calls on what they support.

Companies that haven’t contracted in for post-EOL support, paid for at a rate per PC, are going to experience more problems. They will find that their PCs, some of which are needed for core business uses, no longer have adequate protection to repel threats. This began with the “black wallpaper bug” (for which a patch has since been issued), but now it’s emerged in another form, with people running Windows 7 unable to shut down their computer.

You read it right. Users trying to shut down their Windows 7 machines are getting a message telling them that “You don’t have permission to shut down this computer”. Clearly this is a serious problem, and more problematic than the “black wallpaper bug”. It remains to be seen whether Microsoft gives in and issues a patch to fix it.

Windows 7 users have taken to the forums on Reddit, posting workarounds, but these solutions aren’t official fixes. One even requires third-party software to work. Microsoft is still silent on whether a patch will be forthcoming. In view of the problems Windows 7 users face, we recommend that the best fix is to migrate away from the Windows 7 operating system entirely, if you can. If you can’t, then the only dependable way to keep your OS running and secure is to pay for the extended security support. Microsoft may eventually patch this problem, or it may not – and, if they do, no-one knows when it will happen. It may be the first sign of the software going into terminal decline.

Quikteks offers solutions and support for your IT systems. For help sourcing the hardware and software systems your company needs, call our expert technicians today at (973) 882-4644.