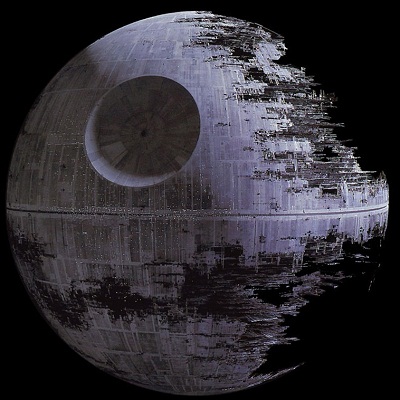 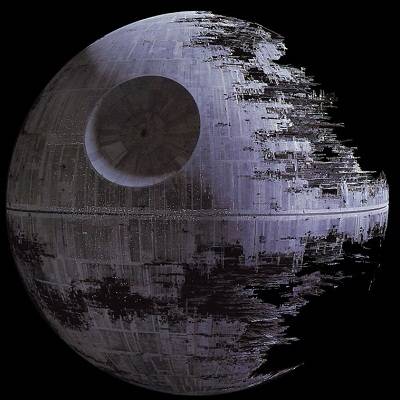 May 4th is Star Wars Day (May the fourth be with you). In celebration of our favorite space saga, we thought that we would write about our dream job; providing IT support for the mother of all technologies, the Death Star from Star Wars.

Last January, this dream job was actually up for discussion by the United States government. The White House has a program where they are obligated to respond to any petition from the public if it can garner 25,000 signatures in 30 days. 34,435 US citizens saw this petition program as an opportunity to expand earth’s reach beyond our own galaxy with a planet-destroying ray gun the size of a moon.

Obligated to respond, the White House addressed the Death Star petition and said, “The Administration does not support blowing up planets.” As cool as a real-life Death Star would have been, the proposal was DOA, in part because of the $850 quadrillion price tag associated with the project.

Government officials also recognize the design flaw of the Death Star. Paul Shawcross, chief of the Science and Space Branch at the White House’s Office of Management and Budget, rightly observed, “Why would we spend countless taxpayer dollars on a Death Star with a fundamental flaw that could be exploited by a one-man starship?”

For those of you with fuzzy memories when it comes to classic science fiction, Mr. Shawcross is referring to Episode IV where the Death Star meets its demise from a well-timed shot to the exhaust port from Luke Skywalker’s X-wing fighter. If the Empire would have had Quikteks design their systems, then the explosion of the Death Star could have been averted and the fledgling Rebellion would have been crushed.

At Quikteks, we specialize in designing IT systems that can protect your company from malware, viruses, and even laser blasts. We can also review your current IT infrastructure to check for vulnerabilities. If Lord Vader would have had a chance to consider our technology review of the Death Star’s systems, then he would have known about the little ventilation shaft oversight.

It’s a bummer that the Death Star petition did not pass. If it did, Quikteks would have been ready with a technology proposal under the $850,000,000,000,000,000 estimated price tag. It doesn’t matter if we are providing IT support for the Empire, the Rebel Alliance, the United States government, or your business, with all of our clients, we are committed to providing enterprise-level IT Service that will save everybody dollars, euros, pounds, and Galactic Credits. Send us a hologram or call Quikteks at (973) 882-4644 to find out more.