Is it Time to Ditch Windows XP?

Is it Time to Ditch Windows XP? 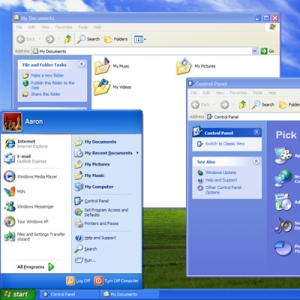 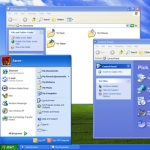 Windows XP was released back in October 2001, and still today, many users and businesses still use it every day. Even in 2012, XP’s market share is around 27%. Is your business still using Windows XP? How much longer should XP be kept around?

Windows Vista put a bad taste in a lot of people’s mouths, so for many, sticking with what worked was much more attractive than stepping into the unknown. Windows 7 vastly improved upon the issues found in Vista, but by then many users were content with keeping their older PCs alive.

Microsoft does their due diligence to ease the world into a new OS; they support older operating systems long after they are replaced and work with hardware manufacturers to make it easy to upgrade to the latest incarnation when users purchase new laptops and PCs. Of course, with stellar IT management and a little luck, PCs can last a lot longer than expected, so users don’t always feel the need to upgrade.

There are drawbacks to not upgrading, however. Older operating systems quickly become unsupported by third-party software developers, which means upgrades to the other software you use on a day-to-day basis may not be compatible with your OS. Even though Microsoft will continue to support XP and provide security updates and patches until April 2014, most everybody else has moved on to Windows 7 and are gearing up for Windows 8. In some ways, even Microsoft has ceased support for XP already; Internet Explorer 9 and some other Windows applications are only available for later versions of Windows.

Taking advantage of the features in Windows 7 can vastly improve security and performance for businesses, and grant you access to modern best practices and software solutions to increase productivity and improve the way you do business.

Are you still running XP? Contact us at PHONENUMBER for help devising a smooth upgrade plan that will get your company ready for the future.