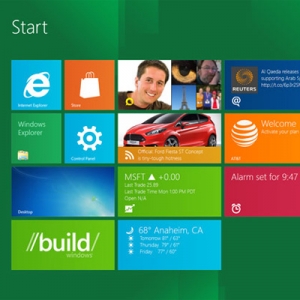 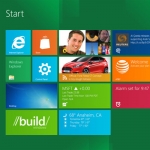 There’s a lot of buzz around Windows 8 for technology lovers, and for good reason. Microsoft is making it’s next operating system dramatically different than previous incantations, and it sounds like we’ll be seeing a lot of this OS in the future on a lot of different platforms, ranging from desktops and notebooks to tablets, and possibly even more.

A New Look and Feel

For those that haven’t seen any coverage at all of Windows 8, the new operating system boasts a completely redesigned interface similar to Microsoft’s latest phone OS. The interface is dubbed ‘Metro’ and is essentially a big collection of tiles, each one referencing a different app or widget. Much like on a smart phone, you can display stocks, local weather, and new emails within these widgets, and clicking on them goes into the full application.

While this doesn’t seem extremely natural for a desktop or laptop environment, it compliments tablets and other touch-screen devices with very easy navigation between apps and information. Fortunately, you have the ability to swap between the Metro desktop and the much more familiar traditional desktop.

Windows 7 is a pretty solid operating system with a lot of improvements including how well it runs. We’ve seen Windows 7 run on some pretty low-end hardware, but it wasn’t designed for mobile devices like tablets. Microsoft says that Windows 8 will have better performance compared to Windows 7 especially on tablet and netbook hardware. Most impressively, the boot up time for Windows 8 is typically less than a third of what Windows 7 needs on comparable hardware. Some tests show boot up times at an impressive 10 seconds or less.

Return of the Ribbon

While it’s taken users a few years to accept the change, the Ribbon-style navigation of Office 2007 and 2010 is not going away. The revamped Windows Explorer now lets you navigate and manage your files and folders with the ribbon interface, giving you faster access and more customization so you can access the buttons you need.

Following the latest trend made popular by smartphones and now web browsers, Windows 8 will boast it’s own app store. The Windows Store will have a collection of free and paid apps that you can shop around for, and you can even try paid apps before purchasing them. Apps are rated by users and include everything from widgets for the Metro-style desktop to news aggregators to games.

Your apps and some of your data, such as your address book, photos, and other data, can be synchronized to Microsoft’s cloud, letting you access it easily just by logging into another Windows 8 device with your Windows Live ID. All of your settings and preferences will synchronize over as well.

We’re sure to see additional features and more information over the next few months leading to the launch of Windows 8. The real question will be will it be worth upgrading, and will it hold a candle in the tablet world next to IOS and Android. Only time will tell!