What To Consider Before Upgrading To Windows 10 (4 Things)

What To Consider Before Upgrading To Windows 10 (4 Things) 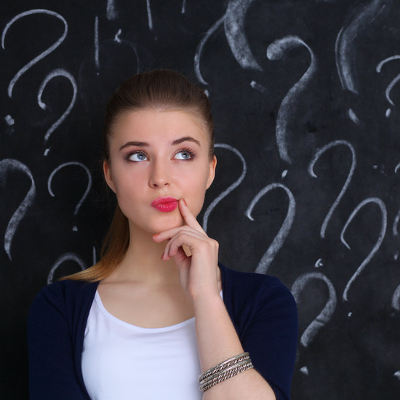 Privacy Controversy
One of the biggest problems that most users have with Windows 10 is how the default settings are set to provide certain information to Cortana and Microsoft, in exchange for enhanced services and features. Granted, if you’re using the free versions of Gmail, Google Drive, or even Google Chrome, your information is already being collected by Google, so you’re no stranger to having your information collected as it is. It’s up to you to decide whether or not you want to expose this info to Microsoft. For reference, by default, it collects:

Nothing too serious or out of the ordinary, but if you’re concerned that Microsoft knows too much about you already, you’ll want to adjust your settings at the cost of missing out on some of the new custom features.

No Media Center and DVD Player
We realize that there aren’t a lot of people out there who are still using Windows Media Center when there are several other apps out there available that perform the same function, but the avid few who are proponents of this piece of software will be disappointed to find out that Windows 10 did away with WMC. Additionally, Windows 10 also lacks preinstalled software for playing DVDs, which is strange considering how simple it is to use just about anything else to do so.

The solution for this is to install a free media player like VLC Media Player. VLC handles DVDs as well as virtually all types of media files whether it’s audio or video. There are, of course, a plethora of paid DVD/Blu-Ray player apps on the market, but when all you want to do is watch your extended copy of Mad Max, it’s not required that you purchase new software.

Lack of Universal Applications
Another fault that plagues Windows 10 is the same that hurt Windows 8 and 8.1. While there is indeed an app store, the amount of universal apps is somewhat… lackluster. While Microsoft might make it seem like there’s a significant variety of applications available, there really isn’t that much available in terms of sheer utility. It’s mostly just silly games and other unnecessary features that offer nothing for the workplace. Still, some of the important ones are available, like the Microsoft Office suite.

The only solution for this is to wait it out. Just like the early days of iOS and Android, who both took a few years to grow their library of apps, Windows is going to experience the same. The good news? With so many users adopting and running Windows 10, app developers have an incentive to get their products in the hands of Windows 10 users. We feel it won’t be long before the Windows 10 Store is on par with Google’s and Apple’s.

Forced Updates
One aspect of Windows 10 that is proving to be a difficult and somewhat frustrating feature for some users is the inclusion of automatic, forced updates into the patching system. This means that all PCs running Windows 10 that aren’t tied to an upgrade server will always get the patches issued by Microsoft – no exceptions. While this doesn’t immediately sound like an issue, the most recent Windows 10 updates are proving to be real handfuls for a small number of users. Some update patches are causing users to experience endless reboot cycles due to these forced updates, in which the system’s update installer stops mid-installation, displays an error message, rolls back to the previous system specs, reboots, and continues in this fashion forever.

The fix to this issue lies in editing the registry, but it’s recommended that you contact a technology professional before performing this kind of fix yourself.

All in all, one of the best reasons why you might not want Windows 10 is because you like Windows 7 or 8.1. This isn’t a bad thing, since they’re both still supported by Microsoft with patches and security updates. Whether you update to Windows 10 or not, we just want you to consider the needs of your organization before doing so. It’s better to be strategic than sorry. Contact Quikteks at (973) 882-4644 so we can discuss the future of your organization’s technology management.