The 3 Flavors of Windows 8

The 3 Flavors of Windows 8 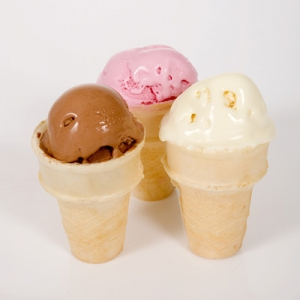 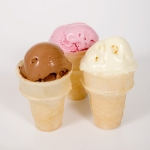 October 26th is the launch of Microsoft’s new OS, Windows 8, and the world seems disoriented at the dramatic overhaul of a traditionally predictable product. To make things a bit more confusing, there are actually 3 different versions of Windows 8 being released. You should know the differences between each one before purchasing your next Windows operating system.

The differences between these three operating systems are worth mentioning for two reasons: the first, because the impression that Windows 8 is giving consumers is that it the new tile interface is designed to work seamlessly with your PC and your mobile devices; and secondly, in Microsoft’s official Windows 8 marketing campaigns, they have not advertised these distinctions between the different Windows 8 operating systems.

Different operating systems running on different devices is nothing new, Apple has Mac OS for laptops and computers, and iOS for mobile devices. Unfortunately, the lack of clarification from Microsoft may confuse consumers who think that, just because their device has Windows 8 tile interface, they have the full Windows 8 OS on their phone or tablet.

While all three of these new operating systems are designed to work together, there are a few differences worth noting. While Windows RT does have its own version of Microsoft Office 2013, the RT version does not include Outlook. With Windows Phone 8, the apps you buy from the Windows Phone Store are not designed to run on Windows RT or Windows 8; although, certain vendors may give you extra app editions to run on your other devices.

If you are determined to buy a Tablet that supports the full Windows 8 operating system, then you do have options. The Acer Iconia Tab W500 will support Windows 8 at the same price of Microsoft’s Surface tablet which runs on Windows RT. Slate computers are also nice if you want the power and functionality of a full Windows 8 operating system and the convenience of a tablet. The Samsung Series 5 or 7 slates will run Windows 8 OS just fine, they also have more power than the Acer Iconia Tab W500, but slates still fall short of doing everything a laptop can do.

It is always good to have in mind the specific tasks you will need to perform when choosing between a laptop, slate, and tablet, as well the features you will require from the accompanying operating system. If you would like help in choosing the technology that best fits the needs of your business, or if you need help upgrading to Windows 8, then give Quikteks a call at PHONENUMBER, we are always happy to assist you with any of your IT needs!