Windows Gets a New Look

Windows Gets a New Look 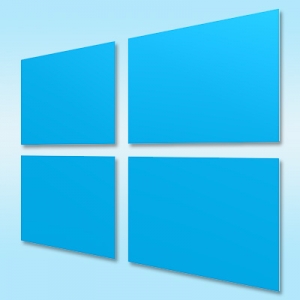 Microsoft is gearing up to roll out Windows 8 on October 26th and if the early tests are any indication, this latest operating system could change the face of cross-platform integration. There’s always some consternation among business owners about whether to upgrade with the newest OS so here are a few things you should know about Windows 8.

Windows 8 features a new graphic user interface (GUI) that is more in line with Android and Apple than your typical Windows. The “metro-style” GUI gets rid of the windows stand-by Start Menu in favor of an icon view that favors smaller touchscreen devices such as smartphones and tablets.

But don’t worry, users that depend on the trusty old keyboard and mouse for computing can still access the old screen. There is an option to turn off the Windows 8 GUI and revert to a screen that’s similar to the Windows 7 interface. If you use multiple monitor-displays you can now also customize a taskbar on each screen.

Windows 8 is as much as 33% percent faster than Windows 7. In fact, Windows 8 start-up could be too fast, because it doesn’t allow you F8 key access the advanced options menu at start-up. However, F8 mashers can access those advanced options through Windows itself. Load time on a desktop or laptop with a solid state drive is around seven seconds.

The quick start-up is a logical step for Microsoft to take since they are looking to compete with Apple’s dominance of the tablet market with the Windows 8 based Surface Tablet, Microsoft’s answer to the iPad. Microsoft has been dependent on other manufacturers for hardware to run its mobile Windows OS for nearly a decade, so now the Surface Tablet offers users the ability to create device continuity through multiple platforms.

Windows 8 will also be available on smartphones, though not as an upgrade. Users will access the online “Windows Store” to buy applications, both free and paid, ranging from $1.49 to $999.99. Much like Android and Apple smartphones, the phones offering Windows 8 will have apps that run from the main screen. Unlike those other phones, you can integrate a phone that runs Windows 8 with your home computer and other devices that run the OS.

Interested in learning more about how to integrate your mobile technology with your existing hardware, or just have questions about Windows 8? Call Quikteks at (973) 882-4644.